Save a Flow Result

On the CommunityConnect platform, you can create and use variables within a flow. All variables are saved under and can be accessed by typing @results. Because of this, variables are often referred to as “results” within the platform. For more information on variables, check out Introduction to Flow Variables.

The “Save a result for this flow” ActionSet allows you to create a flow variable or update an existing one.

To create a new variable, enter the variable name under “Result.” You can set the value at this point or leave the value blank. You also have the option to categorize the variable if desired.

In the example below, a new variable called “Start Time” is created, and its value is set to the current time using the expression @(format_time(now())). To learn more about how to use expressions, read “Expression Syntax.” 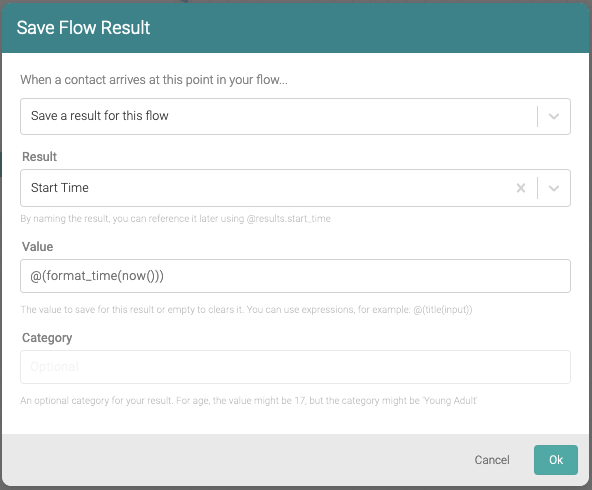 Later in the flow, you can reference or use this variable by typing @results.start_time. Note that spaces in the variable name will be converted to an underscore. The variable’s reference name will be listed in light text under the “Result” box. 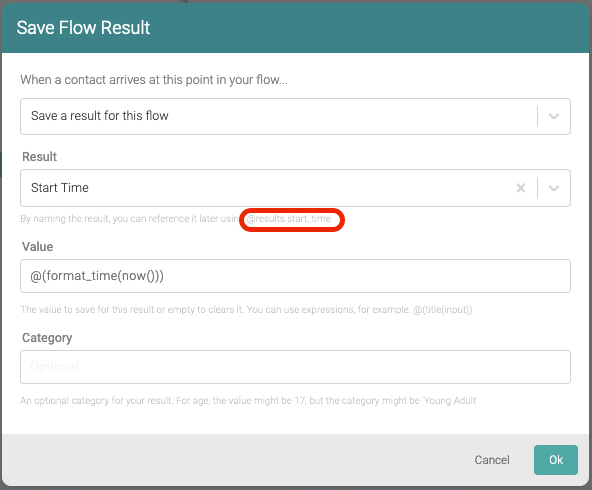 Click the down arrow next to “Result” to see a complete list of all the existing variables in your flow. 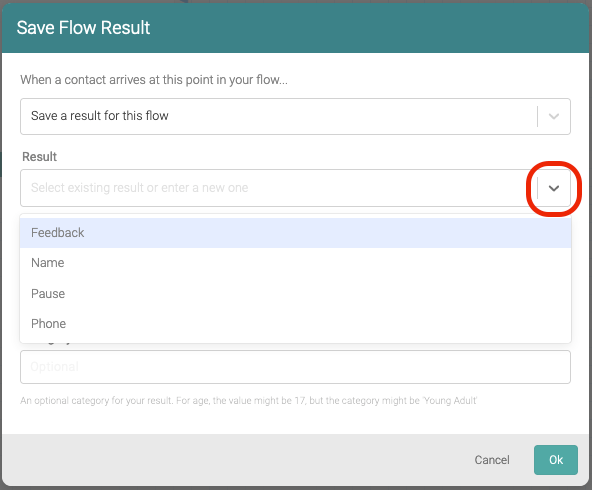 Enter the desired value in the “Value” box, and this new value will overwrite the existing one. To clear the variable’s value, leave “Value” blank.

Up Next: Call a Webhook