Use the “Send Message” action to send your contacts a message on their preferred channel when they reach a particular step in a flow.

In the example below, we create a “Send Message” action that asks students if they have questions about the application or scholarship program. Actions are created each time you drag a connection from the red circle at the bottom of each ActionSet. 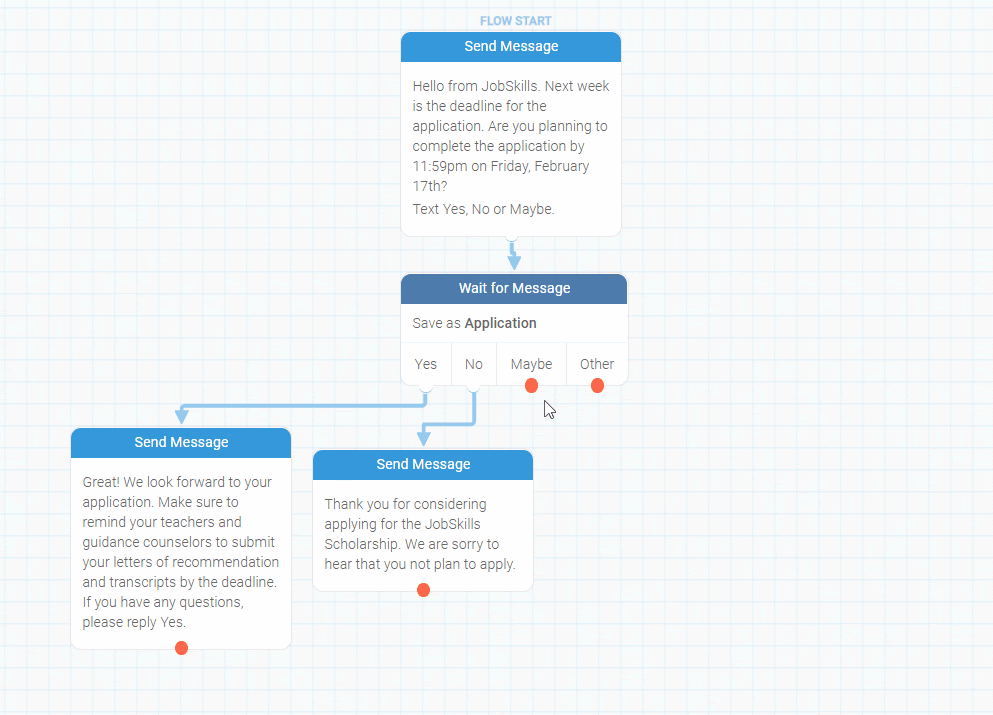 Click the “Attachments” tab to attach media such as an image or video to your message.

Advanced: Send to All Numbers Associated with Each Contact

Go to the “Advanced” tab and check the box “All Destinations” to send the message to each phone number for contacts who have multiple phone numbers attached to their profile. 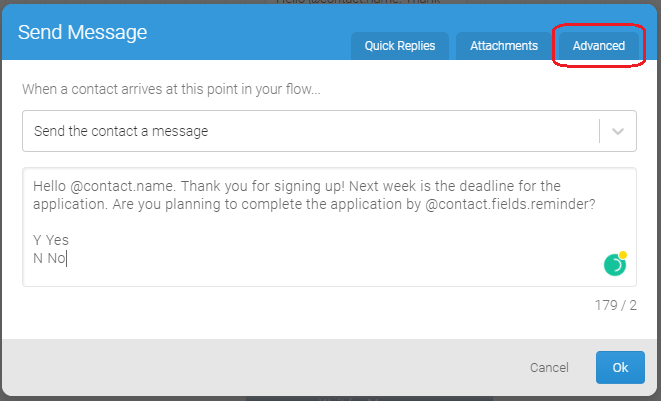 If a “Send Message” action exceeds 160 characters, it will automatically split and be sent as two separate messages. There is a character-counter beneath the dialogue box that shows the number of characters in your text / how many messages the text will be split into. In the example below, the message contains 155 characters and will send as 1 message. 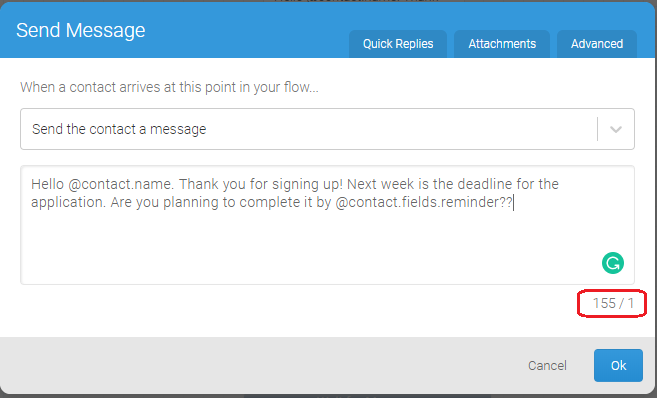 Conversely, this message contains 194 characters and will be split into 2 messages. 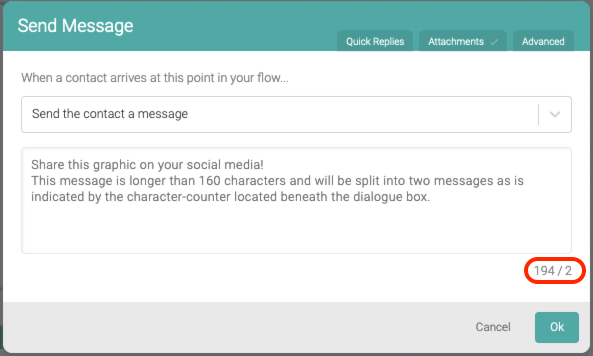 Examples of characters that fall outside of the GSM7 alphabet are: